Does Obesity Increase The Risk Of PCOS and Infertility In Women 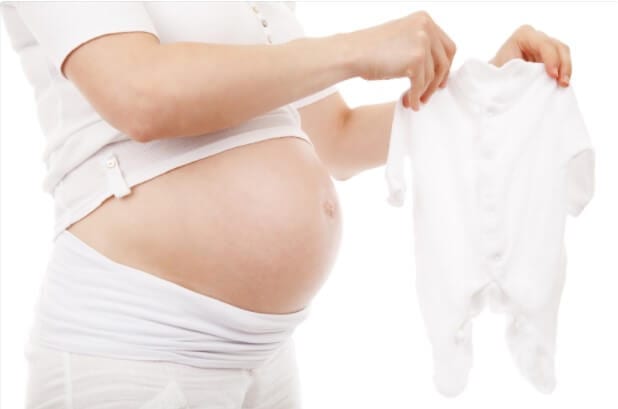 Obesity is a major problem in the current day and age. But one of the other problems effecting women worldwide happens to be a syndrome that is found more commonly than you would think. PCOS is a worldwide issue that many women face – many of them without even knowing. Could obesity be linked to it? Let’s find out.

PCOS is one of the most common hormonal disorders in women of reproductive age. It affects 5 to 10 percent of the population. Women with PCOS are known to have irregular menstrual cycles and they often face fertility issues. The syndrome usually occurs when levels of reproductive hormones are abnormal. This leads to enlarged ovaries and the appearance of small cysts along its outer edge.

There are debates about the exact causes of PCOS, but medical experts believe it is caused by the excess androgen production. Although androgens are male sex hormones, women produce some androgens too. However, the excess production prevents ovulation and disrupts the menstrual cycle, often resulting in infertility, acne and abnormal hair growth, even extreme cases such as excess facial hair or male pattern baldness. Since many factors can lead to the development of excess androgens, it is nearly impossible to trace only one single reason for this.

Is Obesity Linked to PCOS?

Women with PCOS tend to produce too much insulin, or the insulin they produce does not work the way it should. This inability of insulin to function normally is one reason why women with PCOS tend to gain weight or have difficulty losing weight. For many, PCOS develop much later after the onset of menstrual cycle, causing excessive weight gain. This establishes a link between obesity and PCOS

The symptoms of PCOS vary from person to person; therefore, a diagnosis can only be made when any two of the following symptoms are found: menstrual irregularity, excess androgen, and polycystic ovaries. There is no definitive test for PCOS yet, and a doctor diagnoses the condition by ruling out other possible disorders. The physician diagnoses it on the basis of the person’s medical history and physical and pelvic exams as well as pelvic ultrasound. PCOS diagnosis involves blood test to measure levels of several hormones too.

Is Early Diagnosis and Treatment of PCOS Important?

Since PCOS is a chronic disease, finding out early about it helps to control it better. This is because PCOS increases the risk of certain other diseases, including high blood pressure, type 2 diabetes, abnormal uterine bleeding, sleep apnoea, cholesterol abnormalities, metabolic syndromes, heart diseases as well as cancer of the uterus and general infertility. With early diagnosis and treatment of PCOS, it is possible for doctors to reduce the risk of such long-term complications.

Smokers are required to quit smoking as a part of the treatment for PCOS. This improves overall health, and may also lower the higher levels of androgen. It is one of the most positive approaches one can take after being diagnosed with PCOS.

In order to address the symptoms of PCOS, such as menstrual cycle irregularities, hair loss and acne, birth control pills and androgen reducing therapies are often used. If someone wishes to get pregnant, fertility drug treatment to help start ovulation may also be done. For some women, a doctor might also prescribe the anti-diabetic or fertility drugs to control insulin resistance.

There is no simple cure for PCOS. It is complicated and caused by a number of possible factors. However, it can be controlled if proper treatment is provided, and the risk of long-term complications can be decreased. Overall, a lifestyle change is often recommended by physicians for people with PCOS. This includes regular exercise, quitting smoking, maintaining a healthy diet, losing excess weight, and using certain medications to control hormones. Consulting an experienced physician, preferably a gynecologists’ is highly recommended. Sometimes, one often requires the services of a good endocrinologist to keep their hormones in check.