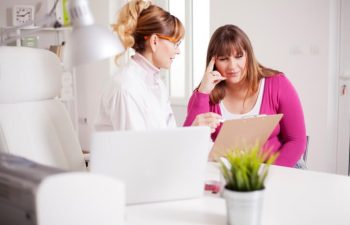 Dr. David Davtyan is a well known and admired bariatric surgeon in Beverly Hills. He is not only at the forefront of performing the minimally invasive Lap-band procedure, he has benefited from it personally in his own surgical weight loss journey. He is committed to education about obesity and how the Lap-band can combat it. “Having to struggle with weight problems throughout my life and seeing the positive effects of this great tool made me a fighter for this cause,” he says.

Despite a genetic predisposition to obesity, Dr. David Davtyan was able to keep his weight down as a young man, primarily through exercise. This began to change when he was in medical school and worsened during his surgical residency. A demanding 120-hour workweek, combined with a tendency to combat stress by eating led to drastic weight gain. He graduated with honors from UCLA and at the top of his surgical residency class, but he had become morbidly obese at 230 pounds. He gained another 30 pounds during his three-year Surgical Oncology Fellowship at MD Anderson Cancer Center at the University of Texas and John Wayne Cancer Institute in Los Angeles. Dr. David Davtyan says of his rapid weight gain, “This is fairly typical, as obesity impacts one’s metabolism by causing insulin resistance, which in turn accelerates weight gain.”

Dr. David Davtyan considered his options for surgical weight loss, but he was unwilling to undergo a drastic step like a gastric bypass. There didn’t seem to be any other solution to help him achieve the weight loss he wanted of at least 50 pounds, so he was reluctantly resigned to living with it.

That changed in February 2001, when Dr. David Davtyan attended a conference on laparoscopic bariatric surgery. There he met Dr. Guy-Bernard Cadiere, who was one of the surgeons who pioneered laparoscopic adjustable gastric banding. Dr. Cardier and other world-renown bariatric surgeons such as Dr. George Fielding and Dr. Peter O’Brien impressed Dr. David Davtyan with information about how safe and remarkably effective the Lap-band procedure is.

The procedure is reversible, and it does not permanently alter the anatomy of the digestive system. Working laparoscopically, the surgeon places an inflatable band around the upper portion of the stomach, creating a small pouch with a narrow outlet. This reduces the amount of food the stomach can hold and causes it to feel full sooner. Once in place, the band is easily adjusted in only a few minutes in the doctor’s office. To increase weight loss, the band is tightened, or it can be loosened if needed, such as during pregnancy or illness.

In October 2001, Dr. David Davtyan went to Belgium to observe several Lap-band procedures performed by Dr. Cadiere, and to undergo his own. He then assisted Dr. Cadiere in a number of Lap-band surgeries.

Within only a few weeks Dr. David Davtyan saw most of his obesity-related problems begin to subside. As he steadily lost weight his energy increased. Within a few months, he lost 25 pounds, without hunger, vomiting, or nutritional deficiencies, and he returned to Belgium for his first band adjustment. On this trip, he brought some of his patients who had decided to have the Lap-band procedure. He was confident of the benefits of this surgical weight loss approach and began to perform the procedure himself when he returned to the United States.

Dr. David Davtyan sees many parallels between obesity and cancer, the two areas his training focused on, saying “They are both chronic diseases that kill the patients in the long-run and maim them in the short-run.” Both are caused by multiple factors, requiring a genetic predisposition and environmental influences, and they require multidisciplinary care before and after surgery. His experience with the personal and emotional burdens of obesity helps him support his patients. He is familiar with the social stigmas and that many communities do not accept it as a disease.

Because of the advantages of this minimally invasive surgical weight loss procedure, Dr. David Davtyan believes the current criteria for having bariatric surgery should be re-evaluated. Established by the National Institutes of Health in 1991, these criteria were developed in response to invasive bariatric surgical procedures such as gastric bypass. Because the Lap-band procedure is so safe and effective he believes it should be available before patients reach a BMI of 35 and have developed diabetes. It is not associated with metabolic changes and does not interfere with the absorption of nutrients, making it a safe choice for younger patients, including adolescents.

The Lap-band procedure enabled Dr. David Davtyan to lose 80 pounds in four years, changing him emotionally and physically. His experience makes him uniquely qualified to form close relationships with patients, troubleshoot problems, and guide them to success. “In order to learn,” he says, “I experimented with my own band and I have perfected a protocol that I use in my patients as well.” He has been transformed into an advocate for obese patients and a crusader against obesity. “The Lap-band has completely changed my life, and there are millions of others who should benefit from this remarkable medical breakthrough.”

If you are ready to lose weight and regain vibrant health and beauty, please contact us online or by phone at 877-9-BE-SLIM (877-923-7546) to schedule a complimentary consultation. The Weight Loss Surgery Center of Los Angeles offers some of the most effective weight-loss treatments in L.A. We have four convenient locations in Beverly Hills, Glendale, Rancho Cucamonga and Fountain Valley.