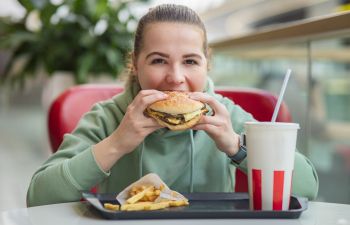 While the rest of the world may have slightly differing ideas of the stereotypical American, one thing is consistent – in each of them we are overweight. With our huge portion sizes and prevalence of fast food restaurants on practically every corner, it’s no wonder we have a huge obesity problem, but what’s not discussed as much is that it’s not just limited to our country.

The New England Journal of Medicine recently released a study that concludes obesity is a global epidemic. They researched and analyzed 68.5 million people in 195 countries and discovered that since 1980, rates of obesity have doubled in more than 70 countries. Obesity rates in most of the other countries steadily increased as well.

What’s even more troubling is that 4 million deaths around the globe each year are attributed to obesity related issues, such as cardiovascular complications. With more and more children being affected by the obesity epidemic, there is cause for concern that obesity related issues such as heart disease and diabetes will develop earlier.

Clearly, the world has a major problem, but what can we do about it here at home? Here are a few tips:

BE CONSCIOUS OF WHAT YOU EAT
Most people can’t actually recall everything they consumed the day before, so we often wonder why we’re gaining weight without realizing what we’ve been putting in our bodies. Start by taking a picture of everything you eat or drink and sending it to yourself. At the end of the week, you’ll be shocked at the difference between the amount you think you ate and the amount you actually did. Studies have shown that even just the act of being mindful of what you are eating will cause you to eat less. So put down your phone while you’re eating your next meal and stare at your food instead!
PORTION CONTROL
Instead of ordering the whole sandwich, order half. Instead of the large sugary Starbucks drink, get the small one (although cutting these out altogether would be even better!). For even easier portion control, just use your hands: For each meal, your protein portion should be about the size of your palm, your veggie portion should be about the size of your first, and your carbs should fit in your cupped hand. Of course, these are just estimates to help you start getting in the habit of paying attention to what you’re eating.

On the other hand, there are many of us who have tried every fad diet, bought every new exercise gadget, tried every point-counting frozen meal program and still failed to meet our weight loss goals. Well here’s some good news – it’s ok. There are many surgical weight loss options that can help. If you’d like to understand more about weight loss surgery options you have to finally take a giant leap forward on your weight loss journey, give us a call for a complimentary, one-on-one consultation with Dr. David G. Davtyan today!

Previous Post: Gastric Balloon In Los Angeles: Pros And Cons
Next Post: Is Bariatric Surgery Right For You?
Skip footer